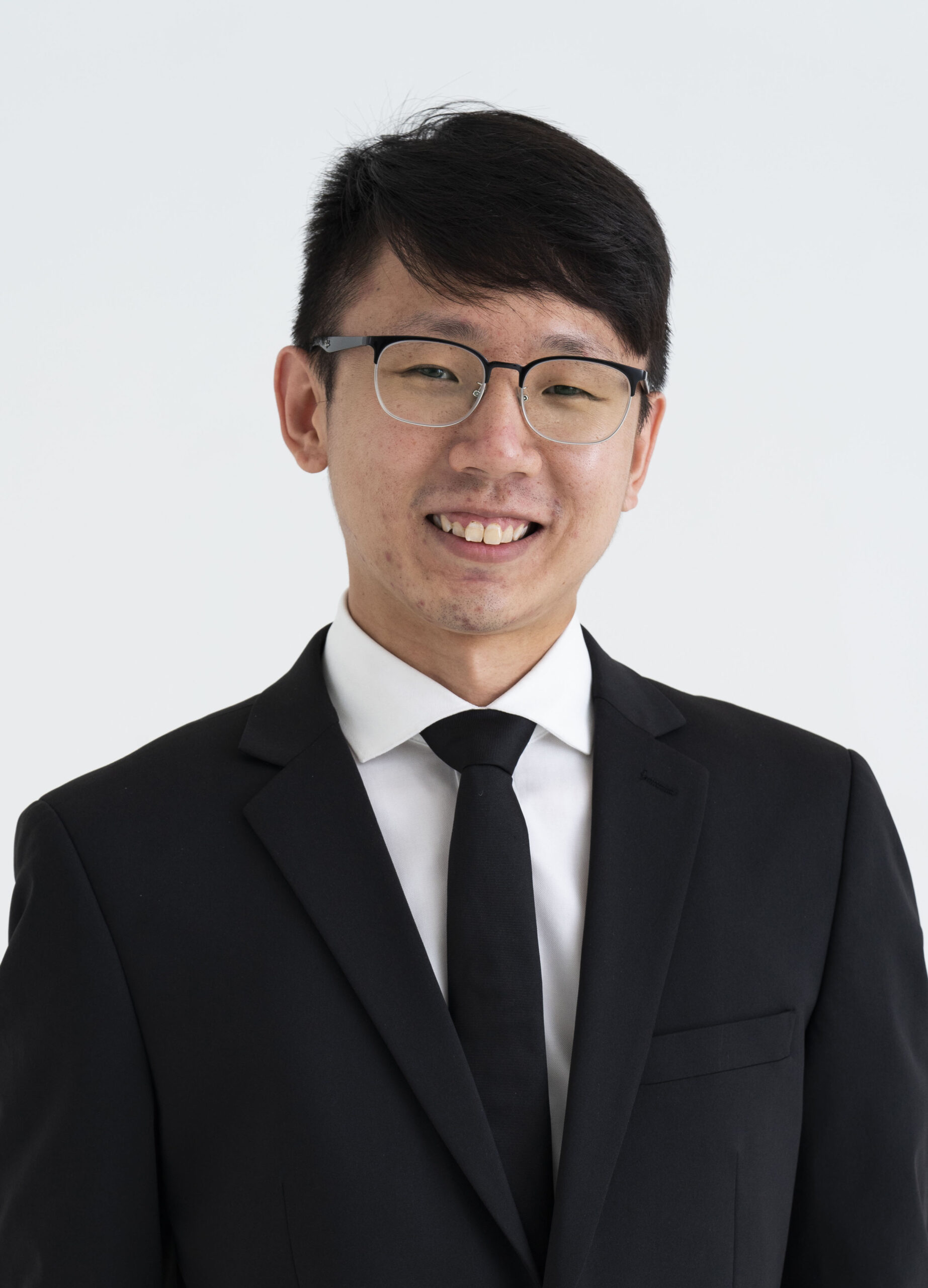 In determining how one’s obligation(s) would be affected, and what consequences may follow, much would depend on the terms of the contract (whether there is any force majeure clauses involving any “epidemic” occurrences), the extent to which a party’s ability to perform his obligations under the contract due to the Covid-19 pandemic, and the type of contract in question.

In this discussion, we will examine briefly on the Force Majeure clauses, the common law doctrine of frustration and the recently enacted Covid-19 (Temporary Measures) Act (hereinafter referred to as Covid-19 Act). We also further emphasise that the effect on a party’s contractual obligations and its consequences will differ depending on which “avenue” is invoked.

For the benefit of audiences who may not be familiar with how contracts are formed, there are 4 main elements of a valid contract.

4 Main Elements of a Contract

Contracts always start with an offer. An offer is an expression of a willingness to enter into a contract on certain terms. It is important to establish what is and is not an offer. Offers must be firm, not ambiguous, or vague. A person who is making the offer is called the offeror.

Acceptance by the offeree (the person accepting an offer) is the unconditional agreement to all the terms of the offer. There must be what is called a “meeting of the minds” between the parties of the contract.

This means both parties to the contract understand what offer is being accepted. The acceptance must be absolute without any deviation, in other words, an acceptance in the “mirror image” of the offer.

The acceptance must be communicated to the person making the offer. Silence does not equal acceptance.

The rule was established by a series of 19th century cases.

Past Consideration: Voluntarily doing something for someone is not consideration. A see’s B’s lawn needs to be cut so A voluntarily does so. B comes home from work and is so pleased that B gives A $30 for cutting the lawn.

The following week A cuts B’s lawn again without B asking A to do so. A now asks B for $30 for cutting the lawn and B refuses to do so. A claims they have a contract since A has provided consideration by mowing B’s lawn, even though it was voluntary. A is incorrect. B is not obligated to provide consideration to A.

There is no contract. However, if B had asked A to mow the lawn, but did not set the price, A would probably be able to enforce the contract after mowing the lawn because B requested he do so.

The fourth required element of a valid contract is legality. The basic rule is that courts will not enforce an illegal bargain. Contracts are only enforceable when they are made with the intention that they legal, and that the parties intend to legally bind themselves to their agreement.

An agreement between family members to go out to dinner with one member covering the bill is legal but is not likely made with the intent to be a legally binding agreement.

Just as a contract to buy illegal drugs from a drug dealer is made with all the parties knowing that what they are doing is against the law and therefore not a contract that is enforceable in court.

A term may be incorporated into the contract either expressly or impliedly. Express terms are those which have been explicitly communicated between the parties orally or in writing. The intention of the parties is clear and there is little discussion to be had of these.

The main 3 requirements are:

Terms in law can be implied irrespective of the intentions of the parties, they relate to legal obligations imposed either by the courts or by statute.

The basic requirements for a term to be implied by courts are:

Where it has been deemed necessary by the legislature, certain terms have been implied into contracts by statute. The most obvious example of this relates to the sale or supply of goods.  In Singapore, we have the Sale of Goods Act.

Now, let’s turn to the main topic of the day, Frustration of Contract

On the assumption that a contract has been validly formed, the next consideration would be to turn to the terms of the contract in question, and in particular, the existence of any force majeure clauses.

Generally speaking, force majeure clauses are clauses which represents a bargained allocation of risks,[1] which may, for instance, excuse the non-performance of a contract or allow the party to delay the performance of his obligations in defined situations.

Accordingly, the issue of whether the covid-19 pandemic is a force majeure event and its potential relief that the party is entitled to, would depend entirely on the wording and interpretation of the force majeure clause in question.

One would then ask – what would happen if I successfully invoked a force majeure clause in the contract? Again, as discussed above, and unlike the common law doctrine of frustration, the recourse would entirely depend on the force majeure clause invoked – for instance, it may excuse the non-performance of a contract or “postpone” the obligations of the party to a later stipulated date.

A contract may be said to be frustrated when something renders it physically or commercially impossible to be fulfilled, or transforms the obligation to perform into a radically different obligation.[4]

It should be noted that the doctrine of frustration is not easily invoked and remains confined to exceptional circumstances. Based on our research, there has also yet been any Singapore cases deciding on the issue of frustration caused by pandemics similar to covid-19. Having said so, it is still possible to analyse the covid-19 pandemic in light of three broad categories, which will be discussed in turn below:

Essentially, physical impossibility refers to cases where performance has become impossible. The impossibility may be divided into four sub-categories:

The subject matter of the contract has been destroyed

This category is a straightforward one. Suppose you enter into a contract to hire from the other party a musical hall which was to be used for ‘grand concerts’ and fetes. However, before the performance that the musical hall was to be used for, there was a fire and the hall was destroyed. Neither party was at fault for the destruction.[7] In such scenario, it may be said that the subject matter of the contract has been destroyed and the destruction of the subject matter has rendered the performance of the contract impossible.

The Contractual Promisor has died or become physically incapacitated

Suppose that the contract in question is to be performed by a particular promisor personally, in the sense that its performance is not to be delegated to any other entity. Should that promisor be incapacitated in such a way as to render it impossible for the contractual performance to be carried out personally by that promisor, the contract may also be found to have been discharged by frustration.[8]

Suppose there is a contract for the sale of landed property. Prior to the completion of the contract, the Singapore government compulsorily acquired the property in question pursuant to section 5 of the Land Acquisition Act.[9] This may be an example where the subject matter is question becomes unavailable.

Failure of source of supply

In most instances, contracts for the sale or supply of goods or services do not specify precisely from where or by whom they are to be supplied. For instance, most purchasers who purchases goods like apples and rice are not particularly concerned as to their source so long as the apples or rice fit in the contract description.

In some cases, however, the source of the supply may be a critical part of the contract. For instance, in the case of Howell v Coupland,[10] Coupland had agreed to sell Howell “200 tonnes of regent potatoes grown on land belonging to Coupland.”.

In an ordinary growing season, there would have been an ample crop to satisfy the contract. However, a disease attacked the crop and caused it to fail and resulted in Coupland being able to only deliver 80 tonnes. The English Court of Appeal agreed to treat the contract as having been discharged by frustration.

Legal impossibility occurs when circumstances have arisen so as to render the performance of the contract illegal. For example, a possible case involving legal impossibility could be that the performance of an obligation (for instance, holding of concerts) has been prohibited by law (the introduction of the Covid-19 Act) to give legal force to ensure that everyone stays at home and to ensure safe distancing.

Impossible to achieve the underlying common purpose of the parties

What happens when contract is “frustrated”?

At common law, once the court concludes that the supervening event (i.e. the covid-19 pandemic) is indeed a frustrating one, the contract is said to automatically come to an end and the parties are discharged from their obligations under the contract.[11] However, in some cases, the frustration of the contract may lead to an unfair outcome – for instance, where one party has incurred costs in his attempt to perform his obligations under the contract. One might therefore ask: what happens in such a scenario?

The Frustrated Contracts Act (“FCA”) was enacted to resolve any unfairness that may arise from the frustration of the contract. While it is not within the scope of this Webinar to discuss the FCA in full, we will want to highlight section 2 of the FCA. Briefly, the FCA permits:

It should be further noted that the FCA only applies if the contract is not excluded under section 3(5) of the FCA:

Based on our discussion above, the effect on one’s contractual obligation and its potential consequences would differ from contract to contract. It is therefore important to analyse the contract in question and the relevant legal avenues that might apply. As discussed above, the terms of the contract, the type of contract in question and the extent to which a party’s ability to perform his obligations arising from the contract is impacted by the covid-19 pandemic will have a bearing on the legal analysis.